Fortrose teenager Sara Johnston heads south next week after being invited, along with talented rowers from across Britain, to the GB Junior Potential Camp in Nottingham (23-26 October).
Becoming the Inverness Rowing Club’s first junior member ever to be selected for a camp run by British Rowing, is an indication of the 17-year-old’s progress since starting rowing just two years ago.
A promising basketball player, who competed for Scotland as a 12-year-old, Sara discovered the sport in her home village of Gairloch.
“I started indoor rowing at school and we competed in the Scottish Indoor Rowing Championships and we did very well, beating some of the rowing clubs and rowing schools,” said Sara, during last weekend’s Scottish Rowing Junior Early ID Training Day at Strathclyde Park.
“Then I went to a come and try session at Inverness Rowing Club two years ago and I just carried on rowing from there.” 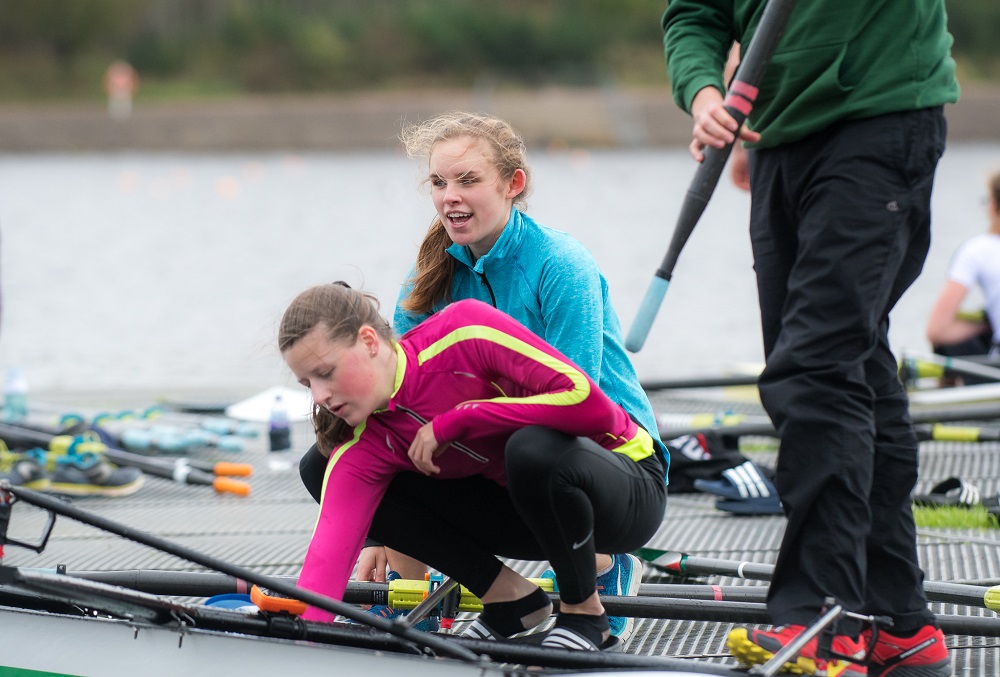 She admits to being “a bit wobbly” the first time she got on the water in a boat at Inverness.  But she soon realised this was something she could excel at and rowing has since replaced basketball.
In an effort to reduce travel time to training at Inverness, where Sara has since the start been coached by Susanne and Ian Hunter, the Johnston family have since uprooted home from Gairloch to Fortrose.
“They have helped me through everything and pushed me on harder and fast tracked me a bit,” said Sara, a pupil at Fortrose Academy.
“At one stage they put me in the performance group in the Saturday morning session and I just had to get fast enough to keep up with them.  There was no slow journey for me.”
Sara likes a challenge but admits she has faced some tough times on the canal when progress seemed to have stalled. But steely determination overcame any self doubt.
After injury forced her to miss what would have been her first regatta at Strathclyde Park in 2016, she recovered and teamed up in a double scull with Heather Gordon.  Just four weeks later the Inverness Rowing Club duo finished ninth in the British Rowing Junior Championships. 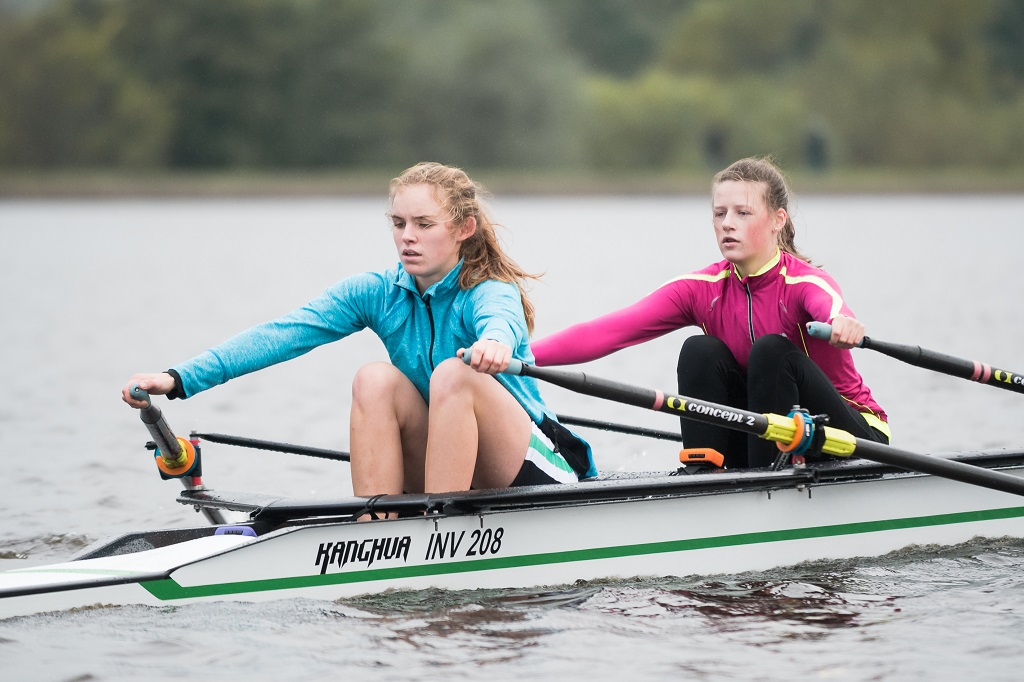 The pair’s first breakthrough came during the 2017 season when, having won the Inverness Head, they became Scottish Champions in the double scull. They followed up by making it on to the podium with bronze at the British Rowing Junior Championships. 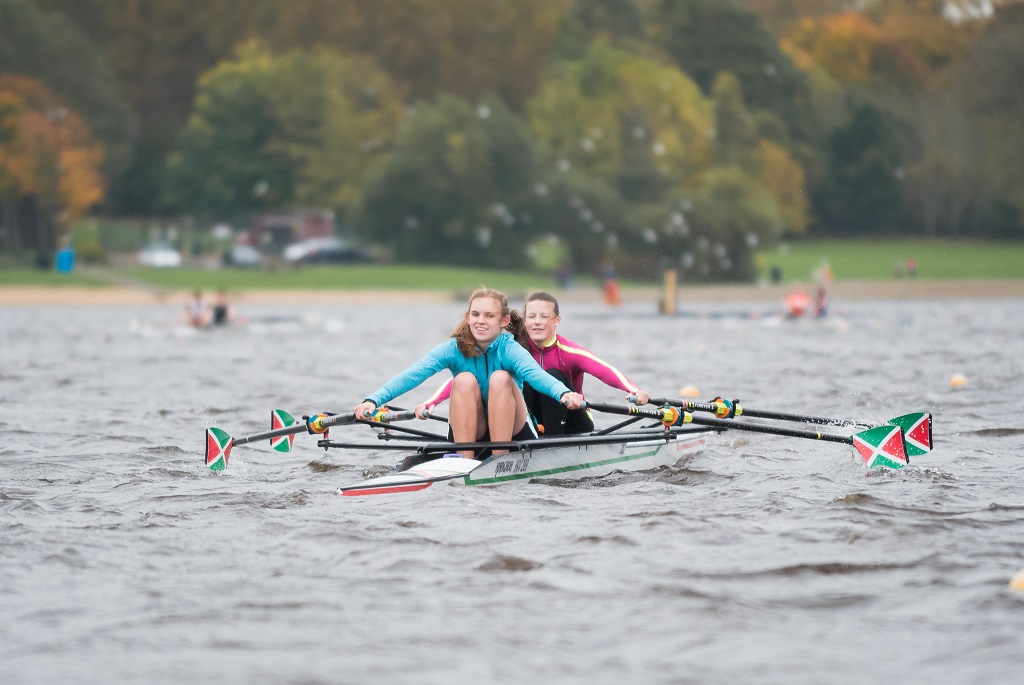 Sara’s abilities as a leader and role model for young people have not escaped the attentions outside the sport of rowing.
As early as 2014 she was selected as a Sport Ambassador at Gairloch High School.  Since then she has made the opening speech at the sportscotland Young Ambassador conference for all the Highland schools and has delivered workshops to new Young Ambassadors.
“I like to be busy,” admits Sara, who has helped run indoor rowing clubs at her schools and believes rowing is not just a great sport for youngsters but the ideal exercise for girls.
“I got a lot of girls into indoor rowing and we found they were just as good, or even better than the boys, which gave them a lot of confidence.
“It works the whole body and it’s quite addictive, especially if you’re a perfectionist.”
For someone who sets the highest standards for herself, the unrelenting sport of rowing seems the perfect match.
It was Scottish Rowing’s Head of Performance Pathway, Lee Boucher who noticed Sara’s performances on the water and ergometer results and alerted British Rowing.
That in turn led to her invitation to next week’s GB Rowing Team Junior Potential Camp in Nottingham.  Aberdeen Schools Rowing Association athletes Miles Beeson, Megan Hewison and Robert Powell have also accepted invitations to attend the camp.
Sara is looking forward to the opportunity to make an impression, although she is keeping her feet firmly on the ground.
“I really didn’t expect to get this invite and it’s exciting to be the first person from Inverness to be going,” she said.
“It is a good start getting selected for this British Potential camp, however I realise the other girls have a lot more experience behind them.
“My biggest aim this season is to row for Scotland.  I’m a very determined person and my long term aim is to win for my country in international competitions.”