Organisers of this year’s Scottish Rowing Championships (7-9 June) are urging competitors from non Scottish clubs to enter the Masters and Para competitions as these categories open for the first time to athletes outside of Scotland.
This should be welcome news to athletes who are planning to compete in the British Rowing Masters Championships (15-16 June) the weekend after the Scottish Championships at the Strathclyde Park venue.
A modernisation process is taking place behind the scenes for the 2019 Scottish Championships at Strathclyde Park (and the Scottish Rowing Spring Regatta, 27-28 April) in response to Scottish Rowing’s members survey which, amongst other things, pointed towards boosting competitor numbers.
Whilst the Masters and Para events have always provided high quality racing in Scotland, most recognise there simply isn’t the volume of competitors if entries are restricted to Scottish athletes only. 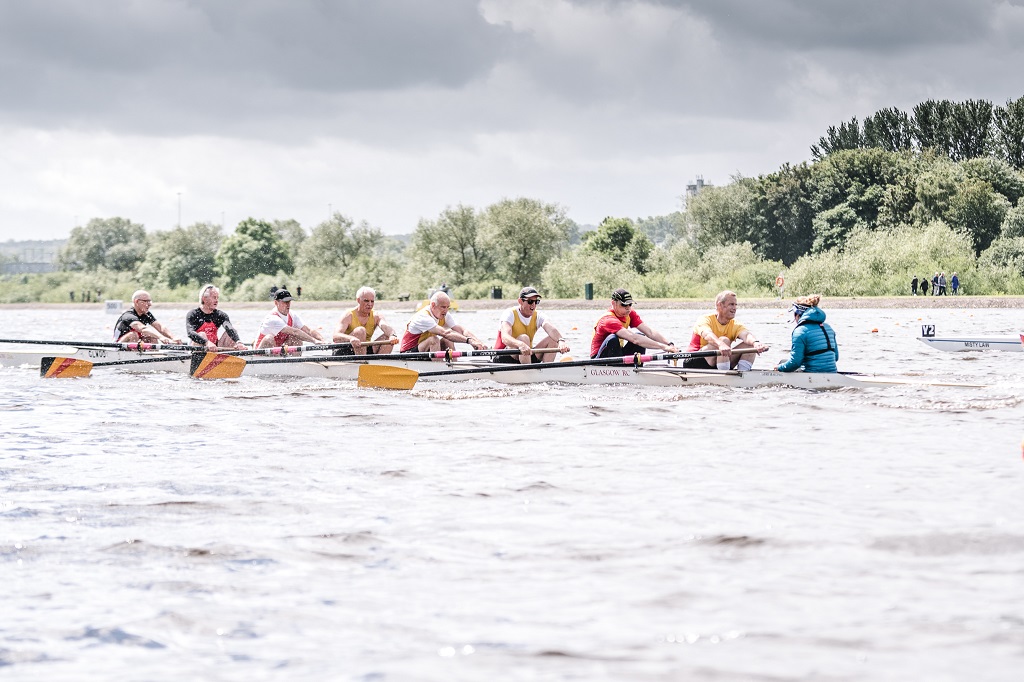 “Up until now the Masters and Para rowers that have entered the Scottish Championships haven’t necessarily been given the same experience as everybody else in the regatta,” says Lindsey Vyse, Chair of the Scottish Rowing Regatta Organising Committee.
“The Masters rowers have said they want more and better racing; they want to test themselves against more people to see how far they can take it.
“What we don’t want any more is a race coming down the course with only three boats.  It’s an eight lane course and we’d like to see it getting filled for each race this year.
“So we are working hard to attract more people from further afield to this year’s Scottish Championships.”
What Scotland might lack in its Masters racing numbers it more than makes up for by the quality of its competitors.
Ailie Ord, from Strathclyde Park Rowing Club, and Iain Wilson from Edinburgh based St Andrew Boat Club, are two of the most prolific medal winners from the Scottish Rowing Masters community. And both are fully behind plans to open up the competition by throwing down the gauntlet to athletes outside Scotland.

“It’s always more satisfying beating the whole field than just one or two others, and if you’re not winning it’s also more satisfying being in the middle of the pack rather than at the end,” said Ailie, who won an astonishing 10 golds at the 2017 World Rowing Masters Regatta and will compete at this event for the twenty fifth time this summer. 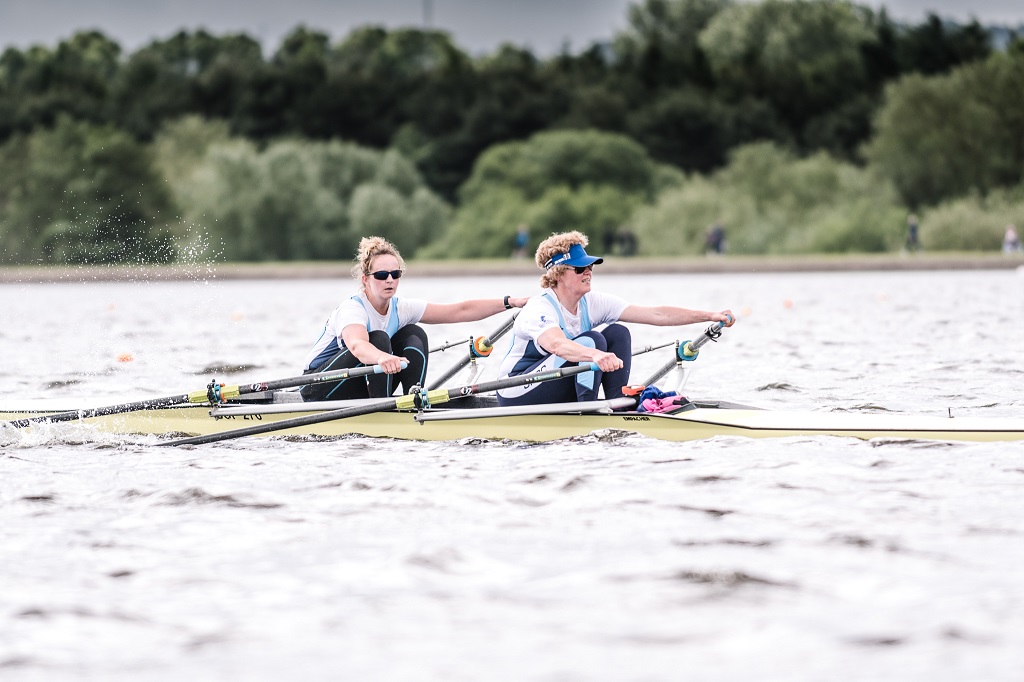 “In the Spring Regatta at Strathclyde Park we often get people coming up from the Tyne and Durham, which is good because it provides more competitive racing.  I would welcome the idea if something similar was to happen at the Scottish Championships and we had more competition coming from England and Ireland.”
It’s a view echoed by Iain Wilson, who is keen to see more people competing at what he believes is a great venue, one that has been improved by hosting the 2018 European Rowing Championships.
“There just aren’t sufficient numbers of active Masters rowers at every level in Scotland to make a big competition,” said Iain.
“So, to have more competitors coming from outside Scotland competing, whether they are top level or intermediate masters crews, has got to increase the quality of competition all round.
“From a selfish point of view I think it’s a really good move, and from a non selfish point of view it’s a good move as well.”
Strathclyde Park will be known to many Masters competitors who competed there at the 2005 World Rowing Masters Regatta.  As her day in day out home venue, Ailie Ord knows the water better than most.
“It’s one of very few multi lane courses in Britain and due to the width of the Loch racing conditions on the course are widely regarded as being fair to all competitors irrespective of which lane you draw,” she said. 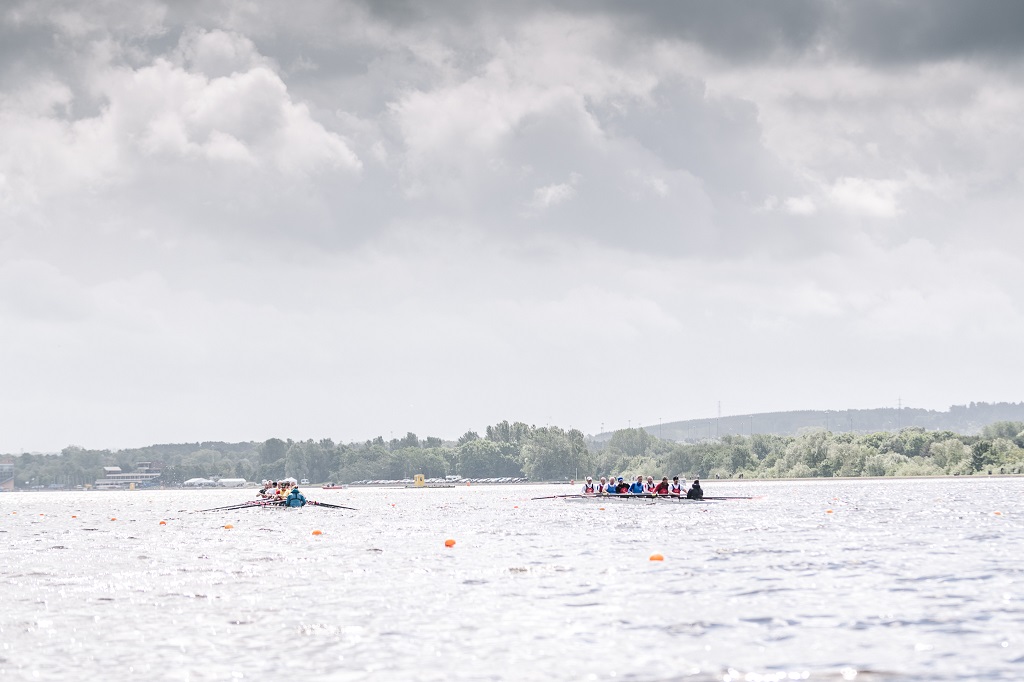 Excellent course, famous Scottish hospitality (and free parking) aside, any competitor from outside Scotland considering entering this year’s British Masters Championships could take advantage by competing in the Scottish Championships the weekend before.
“We are making it as easy as possible for Masters competitors to come up and compete at both events,” said Lindsey Vyse.
“They can leave their boats with us for the week in between the two regattas; they can stay and have a mini break in Scotland or go back home and come back the following weekend.
“We’ll do what we can to help make it easier for them.”