We are delighted to present the winners of the Scottish Rowing Awards for the 2018-19 season.  The annual awards always present adifficult task for both the Shortlisting and Selection Panel, with the 2018/19 season being no exception. With a huge variety of strong nominees in each category,Scottish Rowing were delighted to read about the fantastic commitment and passion within our clubs.Unfortunately, we could not present the Awards this year at the Scottish Rowing Spring Regatta, however, we celebrated the successes and achievements of the nominees and winners on our social media channels on Wednesday 6th April 2020 and look forward to presenting the winners with their awards when circumstances allow.  You can read more about the winners and their achievements and see the shortlisted candidates below.

Community Coach of the Year – Holly Reid
Holly’s continuous reliability and positive attitude encourages many athletes at Robert Gordon University Boat Club, Aberdeen University Boat Club & Aberdeen Schools Rowing Association to love the sport just as much as she does. Her love for rowing and her dedication to the sport is highly contagious as she continuously inspires and motivates athletes through her positive attitude and personal drive. An incredibly deserving winner, well done Holly! 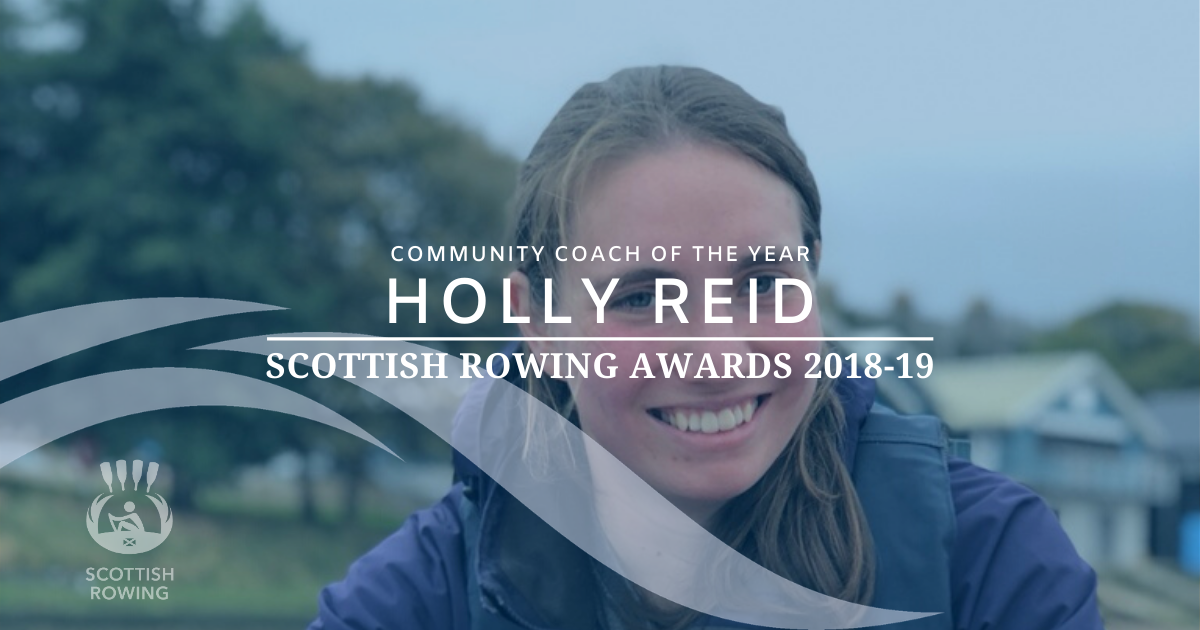 Junior Volunteer of the Year – Charlie Weir
Charlie was a founding member of an indoor rowing club at his school, with competitors in the Scottish Rowing Indoor League and Schools Championships. He raised £1700 for 2 new rowing machines. The pupils at the school admire Charlie and have been inspired to join the sport on the water. Charlie is an essential and vital member of the club. Well done, Charlie! 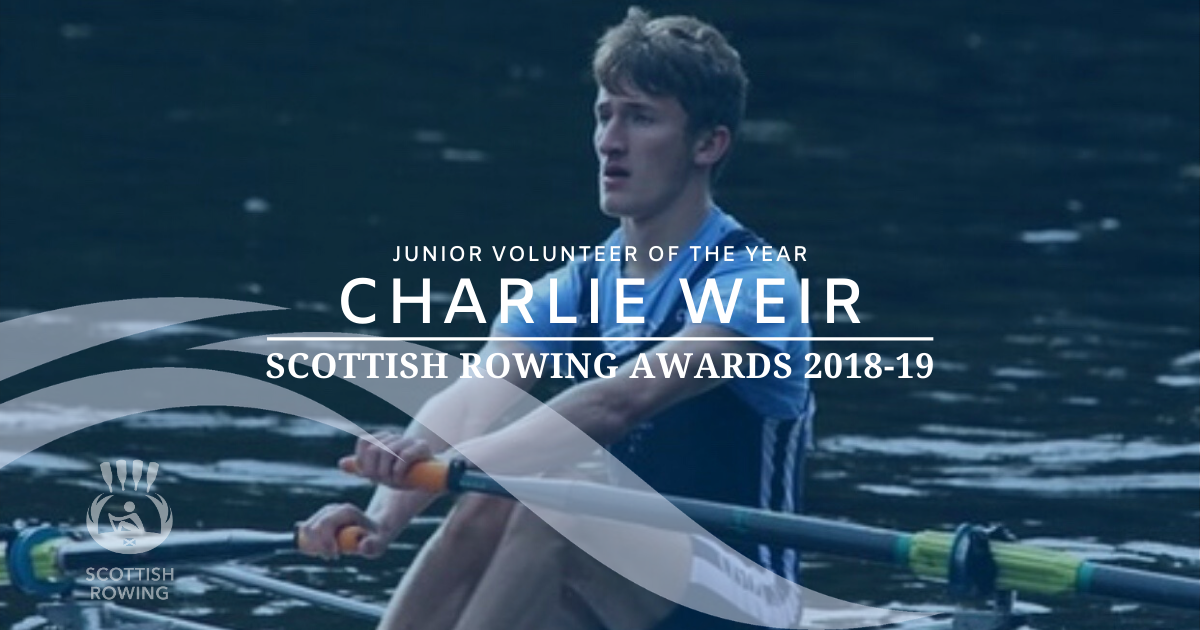 Senior Volunteer of the Year – Catriona Duke
Trini is a true role model. She has made an exceptional and outstanding contribution to the experience of women rowing at St Andrew Boat Club as the club has grown in recent years (not least due to her) - and is an integral part of its day to day life without which it could not function and thrive. Well done Trini! 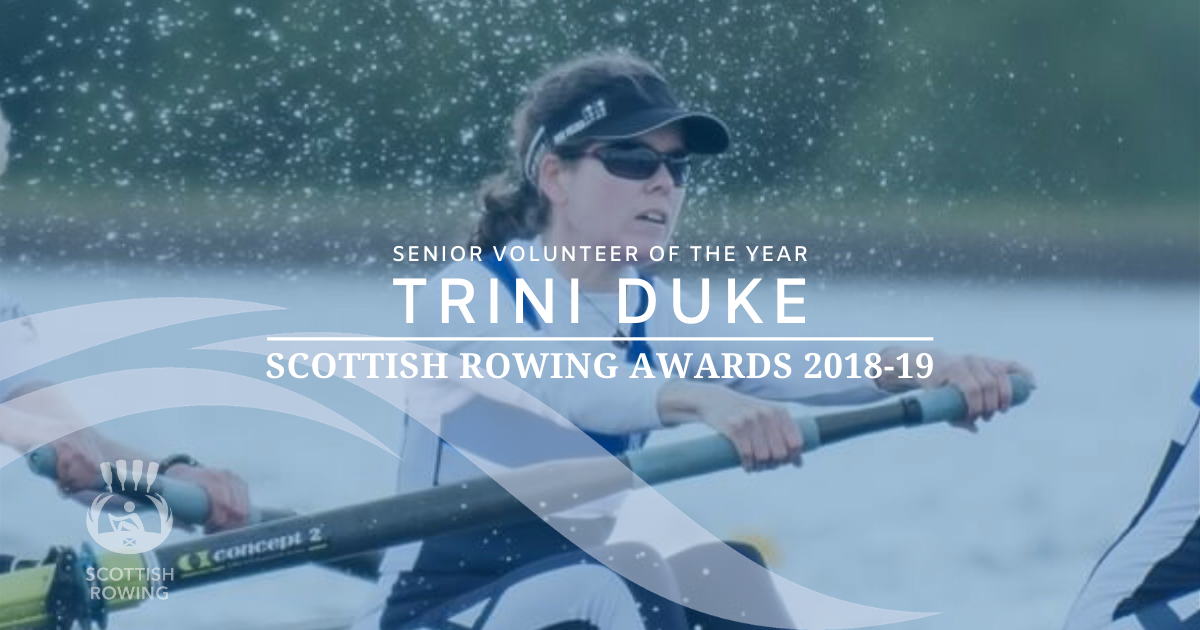 Crew of the Year – Aberdeen Schools Rowing Association Junior Women’s 2-
Domestically the duo were the strongest junior women’s pair in Scotland, enjoying an unbeaten season in Scottish junior competition. After a successful season throughout the British Rowing GB Rowing Team trials, the Aberdeen Schools Rowing Association pair were selected for the World Rowing Junior Championships 2019. Megan and Abigail raced incredibly well to win the B-final and place 7th in the world; a tremendous achievement! 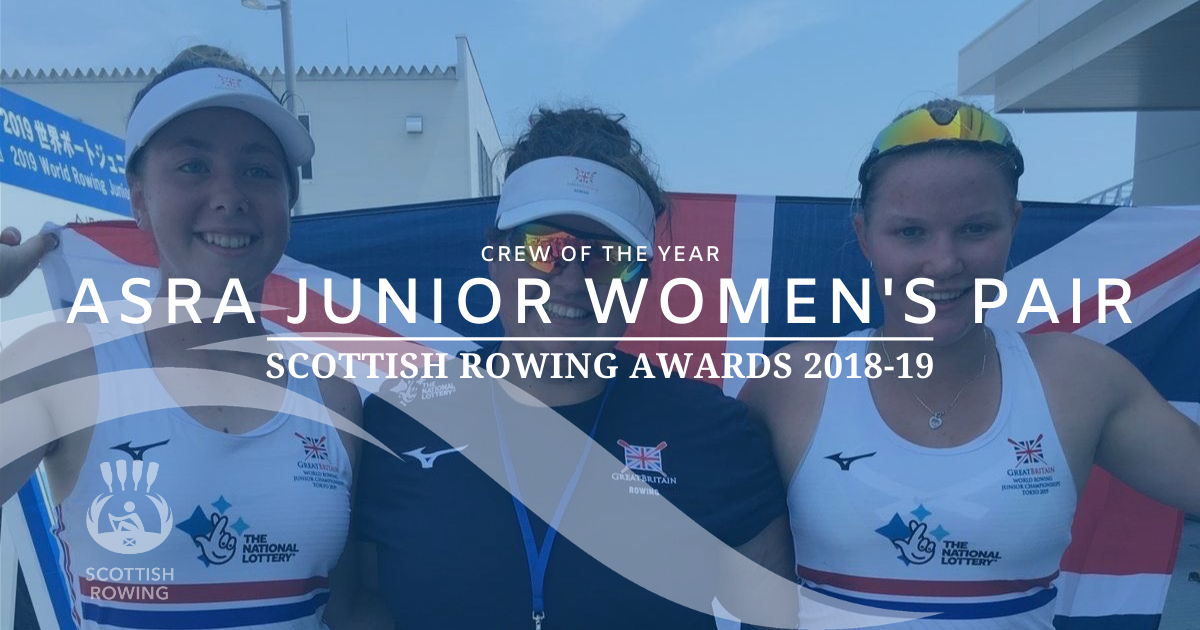 The 2018/19 season saw Maddie cement her position as one of the top lightweight rowers, not only in GB, but also in the world, winning a bronze medal in the lightweight single scull at the 2019 World Championships. Well done Maddie! 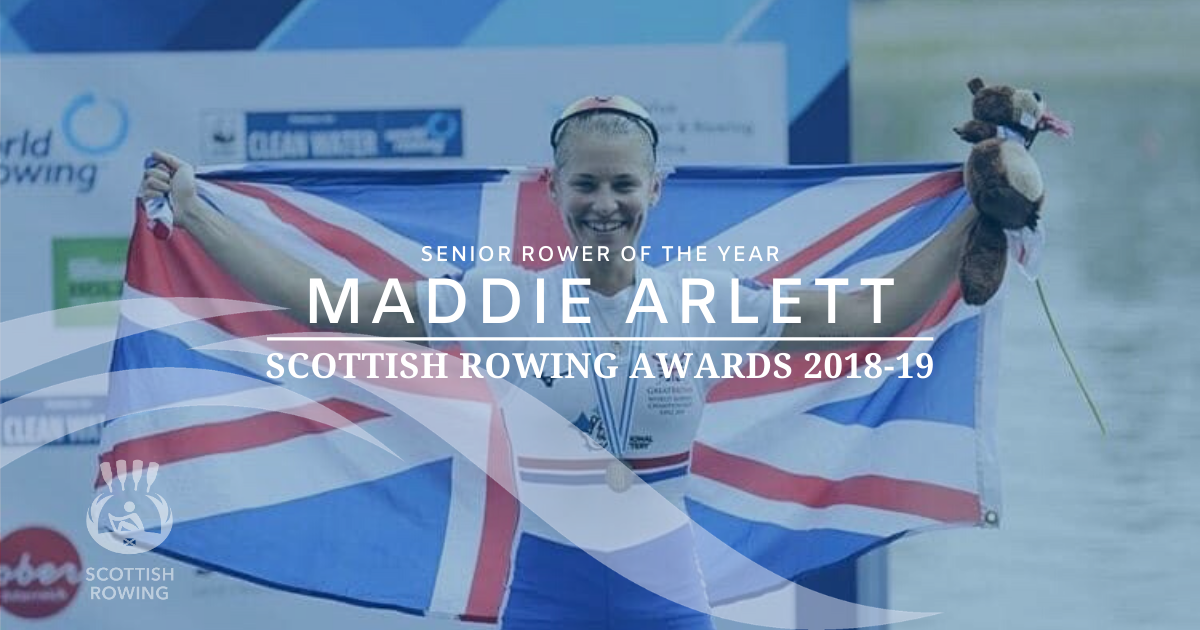 Junior Rower of the Year – Miles Beeson
Following on from a strong 2017/18 season where Miles raced to 7th in the world at the World Rowing Junior Championships 2017 in the Junior Men’s Pair, Miles is now studying and rowing at the prestigious Yale University in the USA.

However, despite being at University, Miles was still eligible to race at junior level and upon his return to the UK representing Aberdeen Schools Rowing Association, he successfully raced himself into the top boat for the junior men’s team, the Junior Men's Coxless Fours winning an incredible silver medal! Well done, Miles! 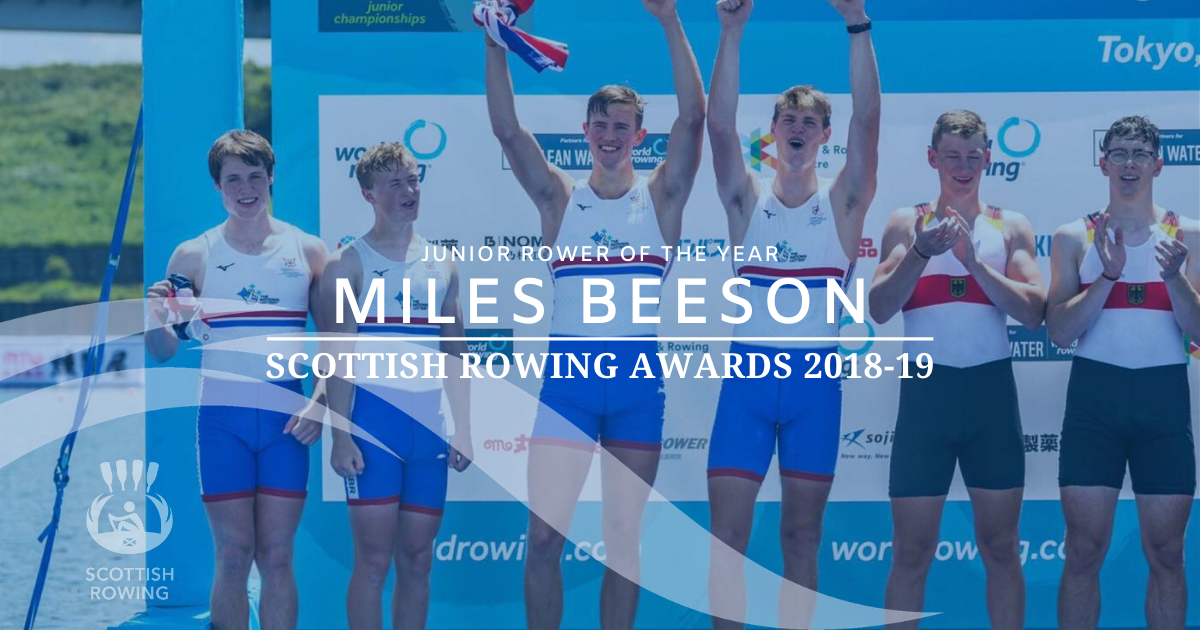 Coach of the Year – John Higson
John had an incredibly successful season coaching his Edinburgh University Boat Club squad to impressively win the women’s Victor Ludorum at BUCS Regatta 2019; the first time any Scottish University has achieved this feat. John went on to coach his top coxless four to victory in Elite 4- at Henley Women’s Regatta.

Three of John’s athletes were selected to represent British Rowing in the GB Rowing Team at the 2019 World Rowing Under 23 Championships where all three won gold medals, two of which were in the Women's Coxless 4- which John coached for the Championships. 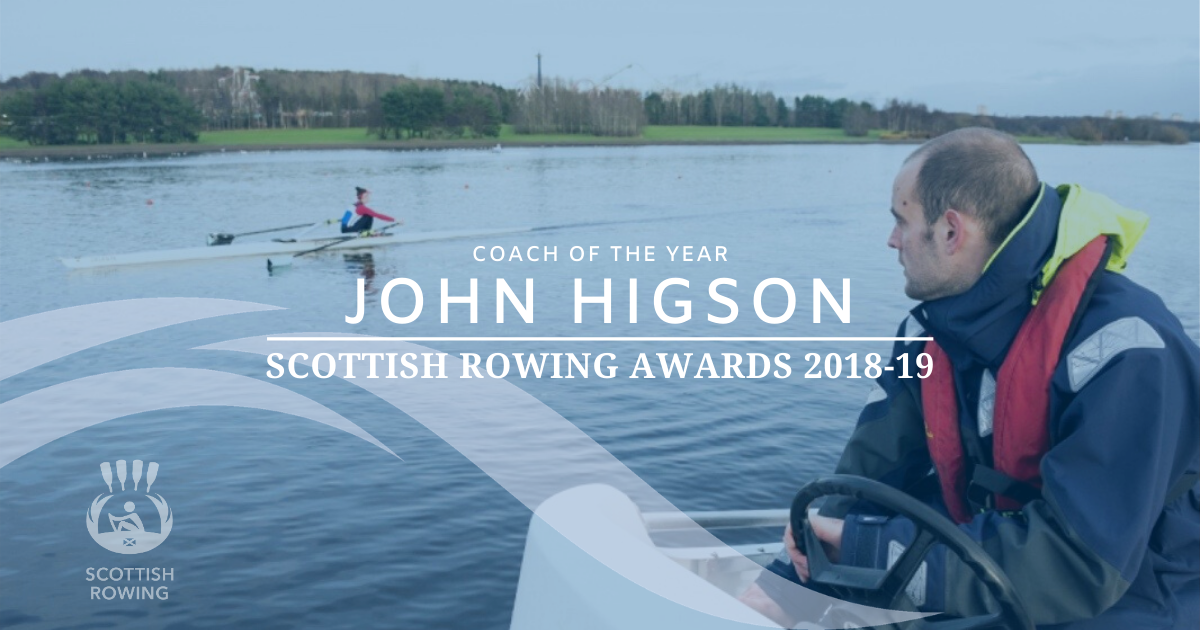 Club of the Year – Glasgow Boat Club
Glasgow Rowing Club have been working with schools to provide new opportunities for local children, engaged with Glasgow Sport to achieve their Club Mark Accreditation and have established a thriving recreational rowing squad. Congratulations to everyone at GRC!

We profiled Glasgow Rowing Club in a video last season, watch it on our Facebook page. 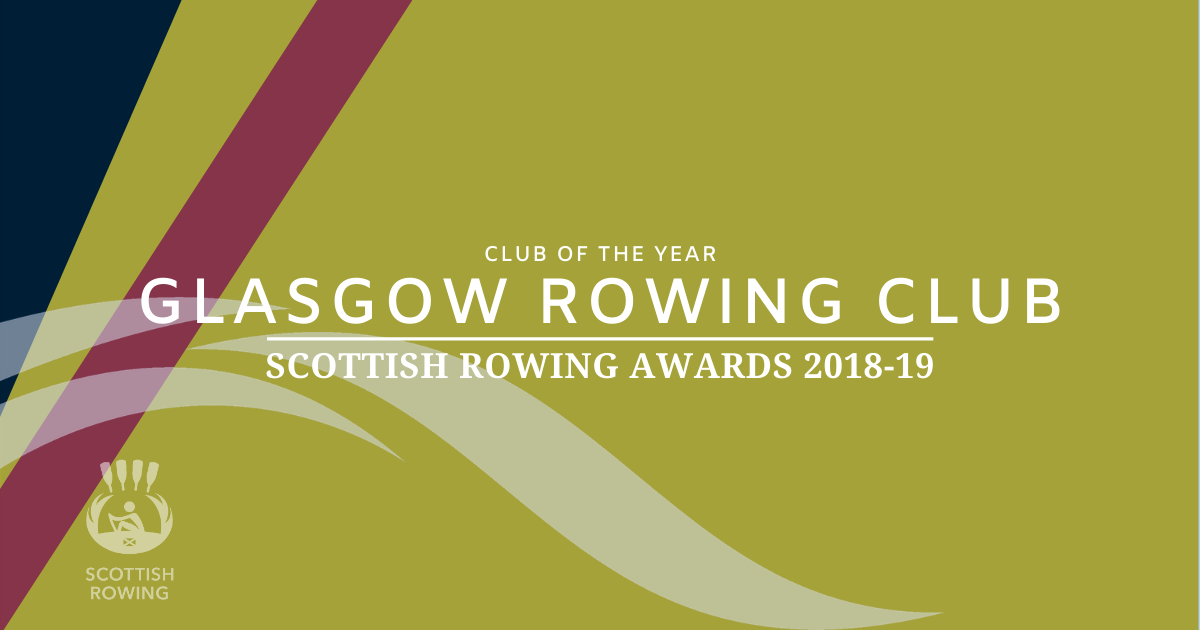 Congratulations to all nominees and winners of the 2018/19 Scottish Rowing Awards!

Full shortlist for each category:

Community Coach of the Year

Junior Volunteer of the Year

Senior Volunteer of the Year

Crew of the Year

Senior Rower of the Year

Junior Rower of the Year

Coach of the Year

Club of the Year