After a long, arduous winter of scrutiny - the last winter before the Olympics- I’ve just come 4th with my pairs partner at Olympic trials and pencilled in my name for a seat in the coxless pair at Rio. Little do I know the next 4 months will be the most stressful of my life, all to prove that we are good enough to compete at the Games. 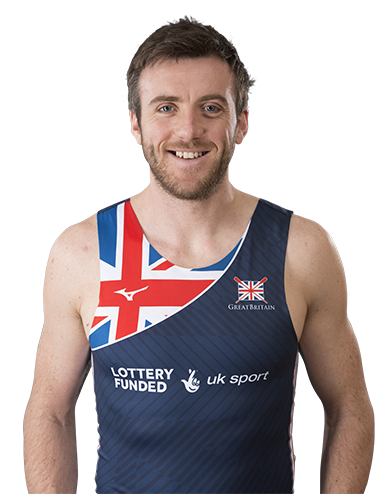 We proved our worth and gained our spots in Team GB - making it to Rio is a dream come true. But, competing in the Olympic final, the long and gruelling selection battle proves to have been a fatigue we couldn’t recover fully from and we cross the line in 4th place. I am devastated and proud in equal measures, and, while sitting in a portaloo in the searing Brazilian heat, completing a drugs test, despite the overwhelming emotions of falling just short of our ambitions, I swiftly decide that I want to continue rowing and push for a medal at Tokyo 2020.

I’m on a stationary bike, 2 months after shoulder surgery to fix a lateral tear that has existed for years. I’m annoyed that I’m missing out on final trials and the chance of being in the top crew for the season but I’m optimistic that my shoulder, when recovered, will allow me to deliver more of my potential.

I’ve just won GB final trials and earned my seat in the top boat for the World Champs. But despite some exceptionally fast times early on in the project, we go on to struggle through the summer months and don’t achieve the gold medal I know we are capable of.

I’m once again on the stationary bike - an all too familiar habitat for me by now- but this time it’s following the second of two minor surgeries to fix the intersection syndrome in my wrists, which have been bothering me since the start of the season. I am confident that while my season will most likely suffer, my ergo and bike scores have been good enough to look forward to Olympic year with optimism.

I’m sat on the grass at my parents' house in the Black Isle, typing away on a laptop on my day off, having moved to Scotland following an Olympic postponement, amid a worldwide pandemic……

It’s not what I, nor what anybody will have planned for, and it’s provoked many questions about what we all should have or could have done instead, in the lead up to it. Reflecting upon many of those unanswerable questions, they don’t matter. A global pandemic wasn’t one of the many worries that us professional athletes carry with us; why would it have been? We fear the common cold, the sprained wrist, the untimely twinge of a shoulder. There’s nothing any of us could have done to stop or prepare for our plans and dreams coming crashing down around our ears over the last few weeks.

All that matters now is what I’m doing today, and what we as a team choose to do with every moment in these uncertain times. I became a Dad for the first time just 8 weeks ago, and I’ve been able to spend time with my daughter and fiancée that I otherwise would never have had. We’re at my family home, in the stunning Scottish Highlands, with my parents who I haven’t spent significant quality time with for the best part of 15 years. Things could be and are a lot worse for many others, so I feel very lucky not just to be in a safe environment, but to be able to enjoy each day as best I can with the ones I care about the most.

It’s taken weeks for my body and mind to rest and to process the situation enough to enable me to get something worthwhile out of exercise, but I’ve felt a lot closer to my normal self the last few days and I’ve begun to form a new training regime; the ‘new normal’. The first port of call was to sort out my parents’ garage. In amongst the 25 years' worth of accumulated scrap wood, broken plant pots, chicken wire, half empty paint pots and other miscellaneous junk there was an ergo, a ski erg, a worthy road bike and - most importantly - a potentially decent training space. After a long day of dragging everything out, chucking most of it in a rubbish heap, sweeping and reorganising, my parents and I discovered the new family gym - it’s even got a carpet! True luxury. In addition to the indoor gym, I’ve got the closest thing I could muster to resemble a weights room.  Behind the garage there are three boulders of increasing sizes, two curling stones, a scaffolding pole and a step-up box. It’s quite Highland Games-esque, it’s far from safe nor optimal for rowing, but it gives me another opportunity to work my body over the coming months - and there’s a part of me which likes the primal feel of using my body in this way, while Rocky montage music plays distantly in my mind...

Looking a little ahead, to me it’s futile to attempt to predict what will happen and thus it would be wasted energy to try and make plans beyond each day’s training. My priorities continue to be my daughter, my fiancée, my family, and staying fit for whatever opportunities come my way. The Olympics may or may not happen next year and I might or might not be there; the only thing I can say for certain is that I’m rediscovering training for what it is and can once again appreciate the love I still have for the sport that I started over two decades ago. I might even learn something new about myself that I wouldn’t otherwise have learned while training in a squad environment.

As time goes on, I’m sure I’ll have more stories to tell if there’s an interest but, for now, thank you for giving me the chance to share with you all. I wish you all the best getting through this very difficult and strange period.