Ian Hunter sadly passed away recently.  Ian will be known to many across the Scottish Rowing family as a member of Inverness Rowing Club, a dedicated and passionate rowing coach and family man.

There will be a service held for Ian at midday on Friday 13th May at the Inverness Crematorium, followed by a simple reception at the Loch Ness Country Hotel.

His family have supplied the following obituary which highlights an incredible lifetime commitment to the sport of rowing.

The thoughts of everyone at Scottish Rowing are with Ian’s family and friends. 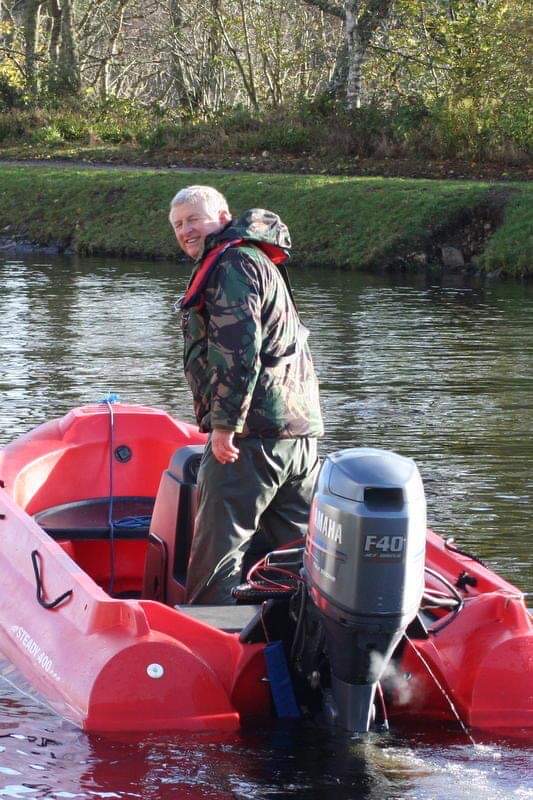 Ian was born in Londonderry, Northern Ireland, on 28 May 1944, the eldest child of four.  Both his parents were veterinary surgeons, so he grew up in an animal/medical family.

He was a boarder at Coleraine Academical Institution and he started rowing there aged 14.  The school boatman taught him to row in a tub but he soon joined the older boys as a successful crew member.

Ian studied veterinary medicine at Trinity College Dublin in 1966.  He was Captain of Trinity Boat Club in 1965, 1996, 1967 and 1968 - one of the most successful periods in the club history.  Both senior and junior eights won everything all round Ireland, including the Big Pot in 1967.  He also raced several times at Henley, but didn't win, and represented Ireland at the Home International Regatta.  He used to tow the trailer with his VW Beetle!

After 3 years at Trinity he dropped his degree and travelled to South Africa to work on a big cattle ranch in the Orange Free State.  Ian loved cattle as much as he loved rowing, and he was very clued up about them!

He met and married a South African woman, Jill Hathorn, and they moved to Zimbabwe to farm - cattle, crops, crocodiles and ostriches.  Ian and Jill had 4 children, and both boys rowed while at boarding school in South Africa - of course Ian regularly drove down to coach the school crews!

Ian started his own boat club on his Marondera farm dam, called Barnhill Boat Club.  He discovered an old Trinity rower, Richard Marriott, was teaching at nearby school, Peterhouse, and they started coaching the boys.  Apart from a break of about 8-10 years in the 70's during the Zimbabwe civil war, pre-independence, Ian rowed and coached all his life.

As well as rowing for Barnhill Boat Club he was also a member of Mazowe Rowing Club which was based on Mazowe Dam outside Harare.  He coached adults and juniors for local and regional (South African Championships) events as well as touring crews to the UK.

He raced in Henley in the Wyfold Cup in 1989 with two other Zimbabwe crocodile farmers - the press said they had come to restock the Thames!  His 1989 crew won the Men's A 4- at the British Masters, and they were considerably older than A category!

During the 90s he was the Zimbabwe National Coach and he coached Arundel School girls, Prince Edward School boys, St George's School boys, Chisipite School girls (all competing in Zimbabwe and South African championships) and many national touring crews which raced in UK, USA, Australia, Canada, Holland, Denmark, Spain, Germany and Egypt for the following events:

In January 2001 he attended the FISA Coaching Academy in Seville with his wife Susanne – one month residential course with Thor Nilsen and Penny Chuter.

Ian and Susanne were married in January 1995 - they were both Zimbabwe national coaches during the 90's and Susanne was president of the Rowing Association of Zimbabwe.  Both received national rowing colours for Zimbabwe.

In January 2002 the Hunter family moved to Inverness and soon joined Inverness Rowing Club - they would not have chosen Inverness unless there was a rowing club.  Ian was soon coaching club crews as well as coaching university crews which came to Inverness for training camps.  He coached Alan Sinclair, Colin Williamson and Imogen Walsh before they moved south and towards GB squads.

His reputation led to Gary Bain inviting him to coach the Scottish women for the Home International, which he did for a number of years.  His junior crews started to win medals at the Scottish and British Championships and his masters women's crews were winning at FISA Masters.

Ian was basically addicted to rowing and even continued coaching after he was diagnosed with Myasthenia Gravis in 2015 and suffered a series of major strokes from 2016.  He coached from a motorised bicycle, then from the towpath with a walking stick and finally from his car.  He even attended Inverness Head Regattas on the back of a tricycle!

He loved nothing better than hearing the detailed accounts of all his rowers' achievements, in rowing and in life in general.  His greatest pride was in watching his daughter Meghan follow in his coaching footsteps.

Ian died on 22nd April 2022, aged 77.  He is survived by his wife, Susanne, sons Monty, Howard and Shaun, and daughters Oonagh, Vicky and Meghan, plus eleven grandchildren.

Ian loved rowing and loved nothing better than the chance to teach and train more young rowers.  He leaves a legacy of many hundreds of rowing friends all over the world who were touched and inspired by his character and passion for the sport. 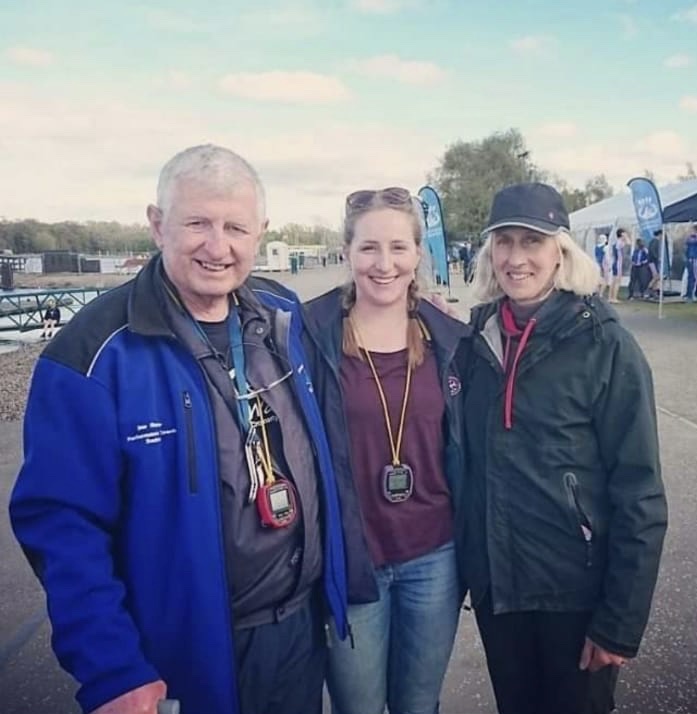