Scotland’s rowers enjoyed a successful Easter weekend at the National Training Centre, Caversham, with three titles won at the GB Rowing Team Senior Trials, the invitation-only regatta bringing together the top rowers from across the United Kingdom. 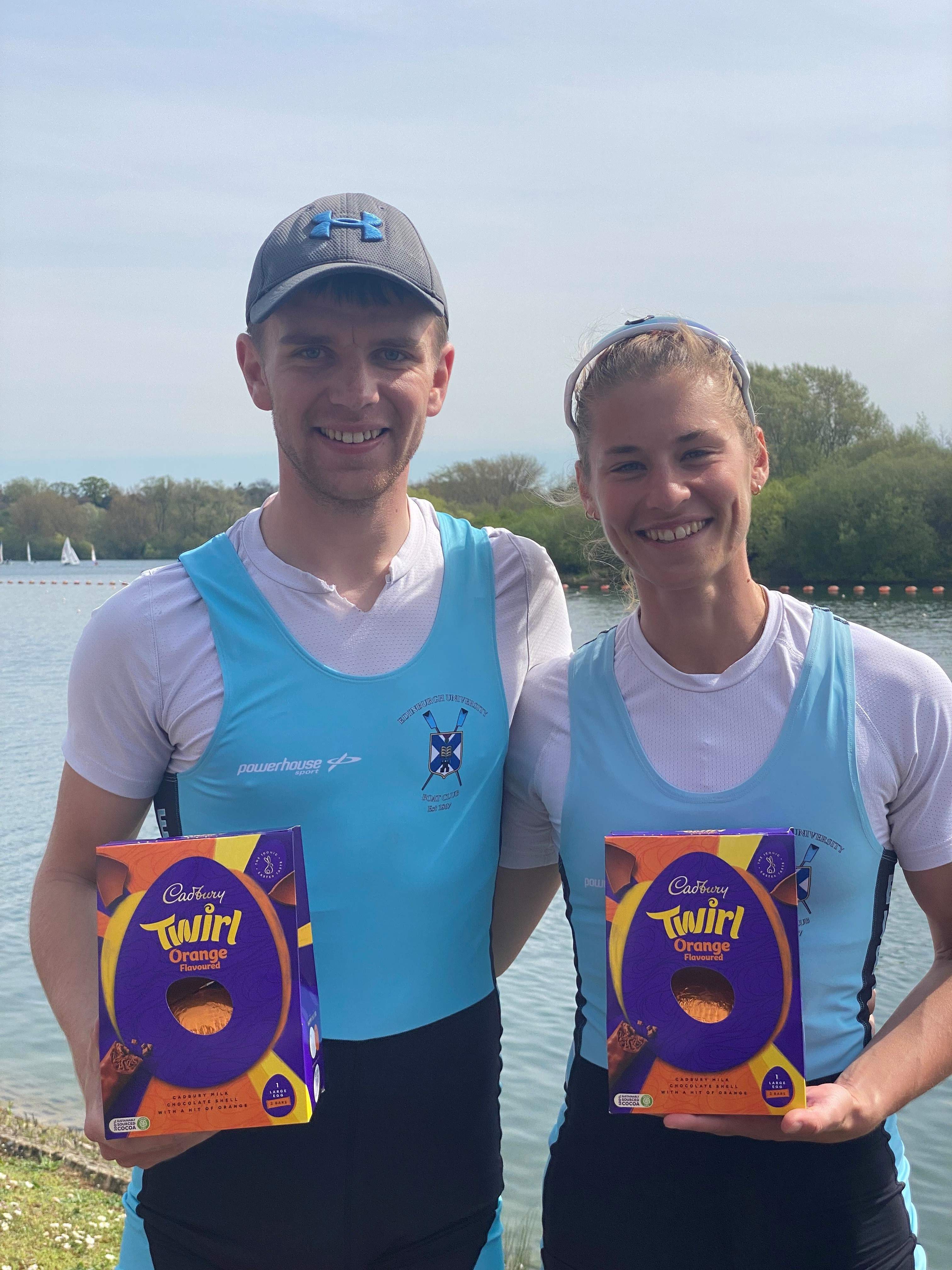 23-year-old Flockhart, part of the Scottish Rowing Performance Programme supported by the sportscotland institute of sport and Winning Students, dominated the lightweight men’s division across the weekend, winning all three of his races ahead of established GB senior international Jamie Copus (Oxford Brookes University Boat Club).

Ben Parsonage, of Strathclyde University Boat Club, making his debut at these trials, also impressed and set the early pace in each of his races with some fine speed out of the blocks.  The 26-year-old from Glasgow, coached by renowned Scottish lightweight Peter Haining, eventually took third place behind Flockhart and Copus in an exciting finish.

The lightweight women competed in a combined women’s sculling event with the openweight athletes and Arlett, 27, finished 4th overall as well as taking the title for the top performing lightweight.  The Scot, who now trains full-time with the national squad at Caversham, will have hoped to impress the selectors ahead of the upcoming World Cup series.

Another Scot enjoying success at these trials was Glasgow’s Rowan McKellar who paired up with Rebecca Shorten (Imperial College Boat Club) to take the women’s pair title.  The Leander Club athlete, also 27, had been part of the Team GB women’s four which had finished 4th in Tokyo last summer and she will have been pleased to start the new Olympiad with a trials victory.

Aberdeenshire’s Abigail Topp, 20, was in the leading under 23 women’s pair at these trials with Annie Sharp from Thames Rowing Club.  Formerly of Aberdeen Schools Rowing Association and University Rowing Aberdeen, but now representing Leander Club, the Scot and her partner won the B final to finish ranked 7th overall.

The Glasgow University Boat Club duo of Maia Hely and Laura McKenzie, both 21, picked up speed through the trials event, recording their best performance in their B final.  Hely and McKenzie finished 12th overall and the 2nd ranked under 23 women’s pair.

James Doran and Matthew Morgan, representing Edinburgh University Boat Club and Thames Rowing Club, won the D final of the men’s pair to finish 19th overall (8th under 23) having worked their way up the rankings across the weekend.  The under 23 pair now progress into crew formation trials this week.

Tokyo Olympic silver medallist Harry Leask was involved in a hot final in the men’s single scull which included his crewmate from the men’s quad Tom Barras and Graeme Thomas from the Team GB men’s double.  The 26-year-old Scot was pipped in the A final by Agecroft’s Thomas but was able to push fellow Leander Club athlete Barras into third.