One of the key events in the Scottish Rowing Junior Development calendar is the Henley Women's Regatta, the premier regatta for women in the United Kingdom. This year Scottish Rowing is providing the opportunity for 16 rowers and 2 coxes from 7 Scottish clubs to come together and compete at this prestigious competition following a period of training together in composite crews.

Over the next few days team members will give you behind the scenes access through an exclusive blog, starting with today's blog written by Alex Cassell from George Watson's College. 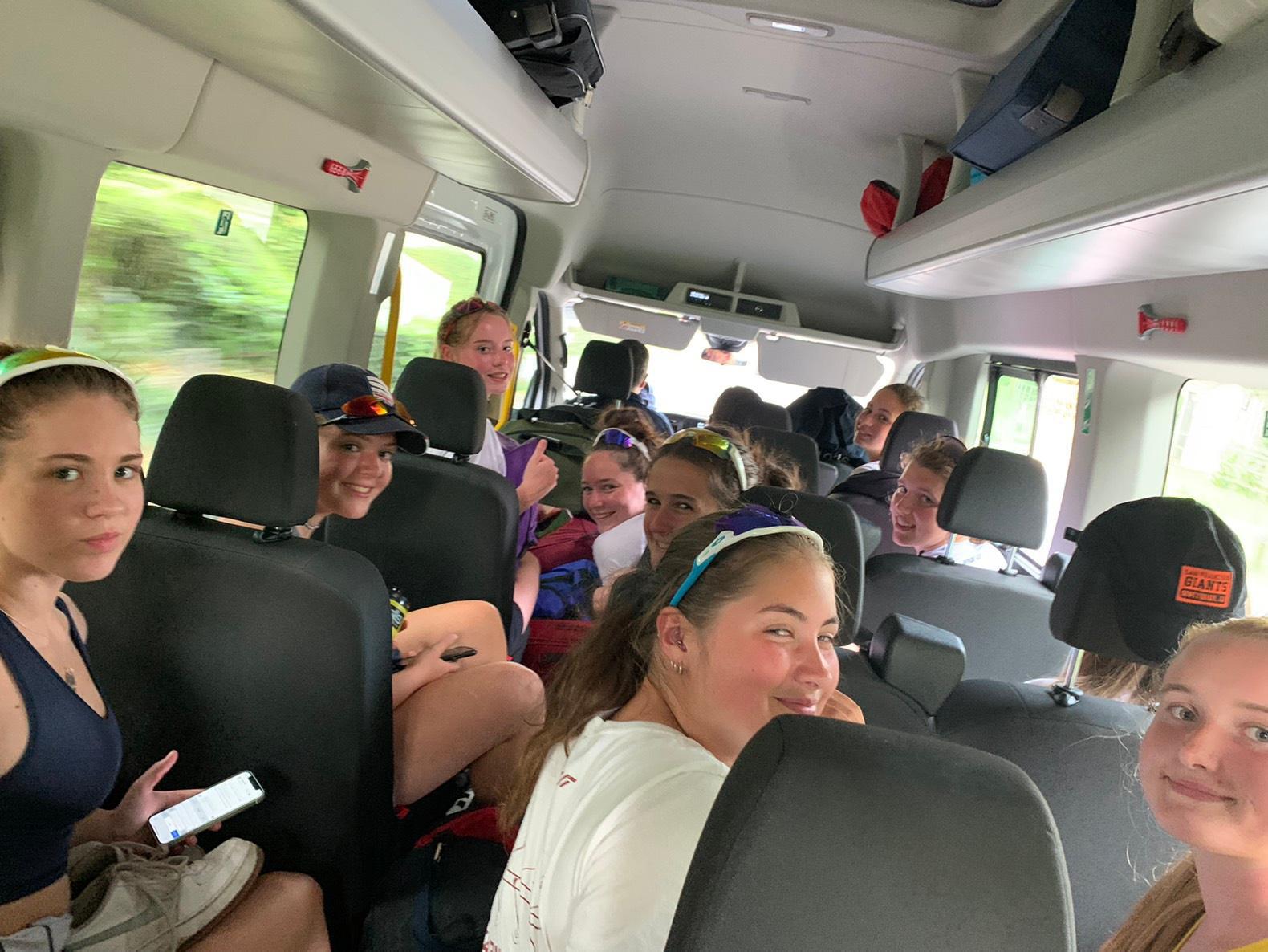 The day started with an early start for pick up from Hermiston Gait and Strathclyde Park; 6:15 and 7am. The journey started with naps and quiet time, followed by a few pit stops for lunch and snacks. After a long and tiring journey, we could finally see the old buildings of the Henley town. As we passed through and saw the iconic Henley course, the anticipation for the weekend ahead started to appear and the excitement began to arrive. The first outing on the Henley stretch helped us visualise our races which for the J16s start tomorrow and for our J18s on Saturday.

This outing also showed the importance of protection from the hot temperatures and the sun; we stayed safe by making sure we wore hats and covered our shoulders, as well as making sure the sun cream was topped up. We came off the water feeling happy and excited for the weekend ahead, but also tired and ready for dinner and an early night. Overall the girls felt happy to be at Henley, some of us were nervous but along with these nerves came excitement to witness what we can achieve this weekend. We look forward to seeing how it goes!! 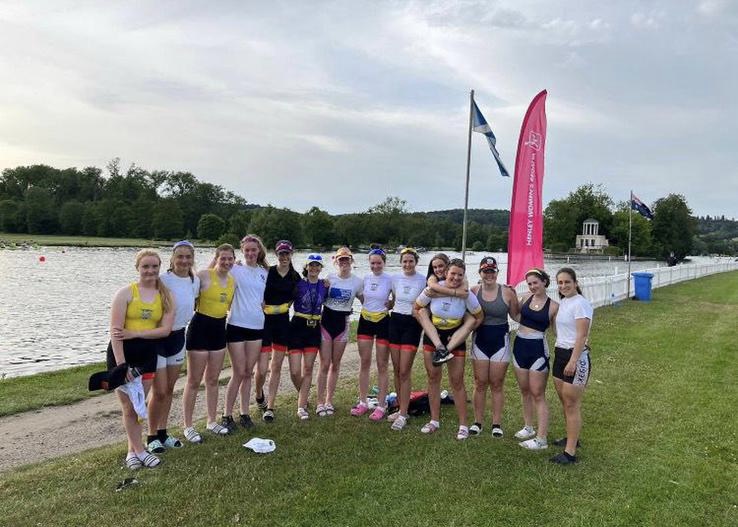 As the rest of the world slept, the girls of the Scottish Rowing junior development programme were up to seize the day early. Even though Cox Rebecca reported she was 'sleepy', the groggy drive down to Henley - at 6:30 am - allowed us to hit the course before the races, and host our first paddle of the day. The heat hit us even in the early hours of the morning, yet we managed to complete a sweaty session accompanied by the beating sun and blue skies. After an exciting trip to Sainsburys and a few hours of hair-dos being made, kit being sorted and naps being taken back at the hotel, we were ready for us J16s to hit the course for our time trials. The wind picked up a little bit, but it was nothing compared to the regattas back in Scotland, and so the four and the quad both showed themselves through to the finish line, conveying powerful and assertive performances. After a long day of racing, singing One Direction in the minibus and Sainsburys, we are all feeling tired and ready for sleep. That's being said, the official day 1 of Henley Womens Regatta proved to be a day worth remembering. 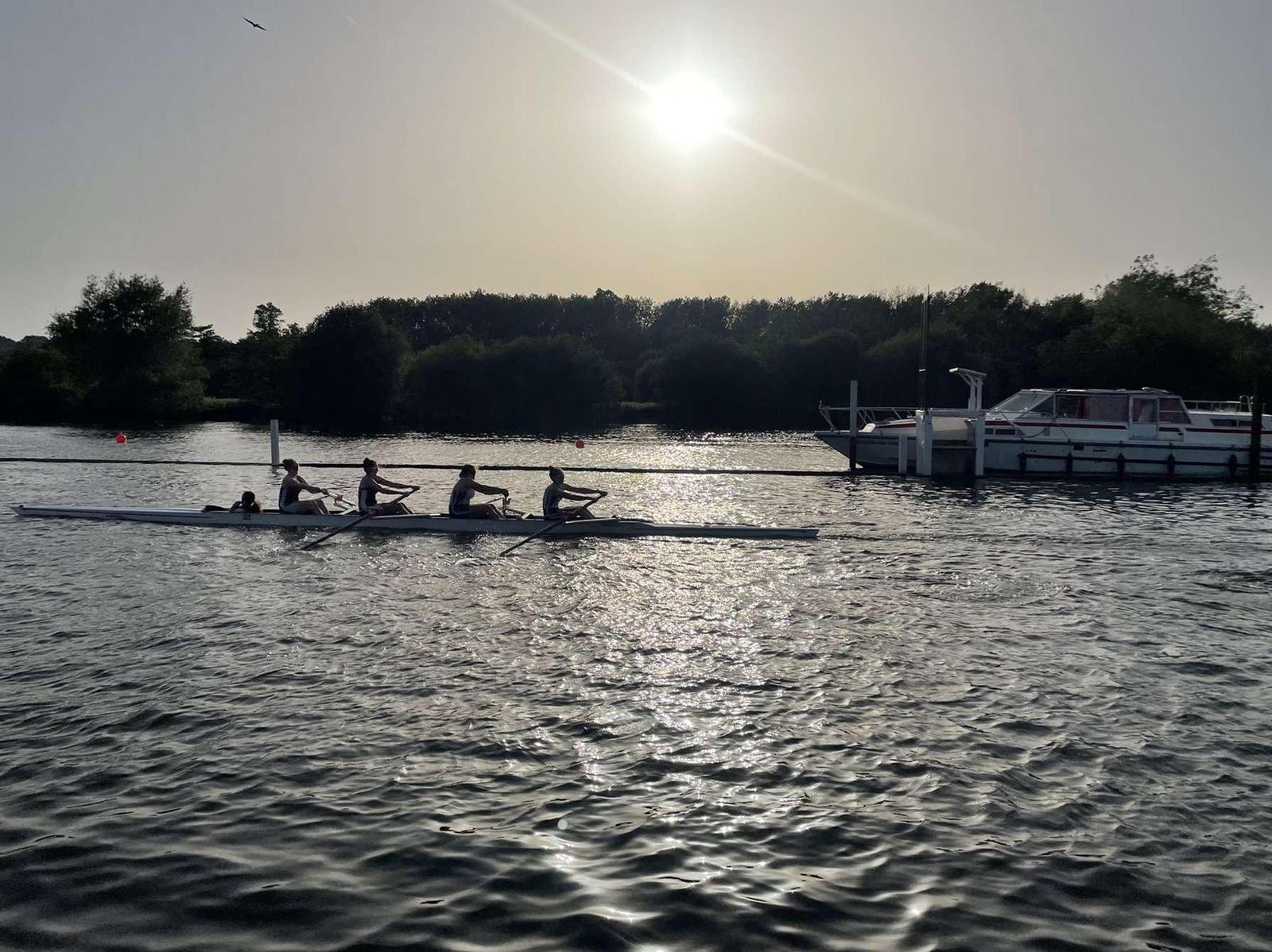 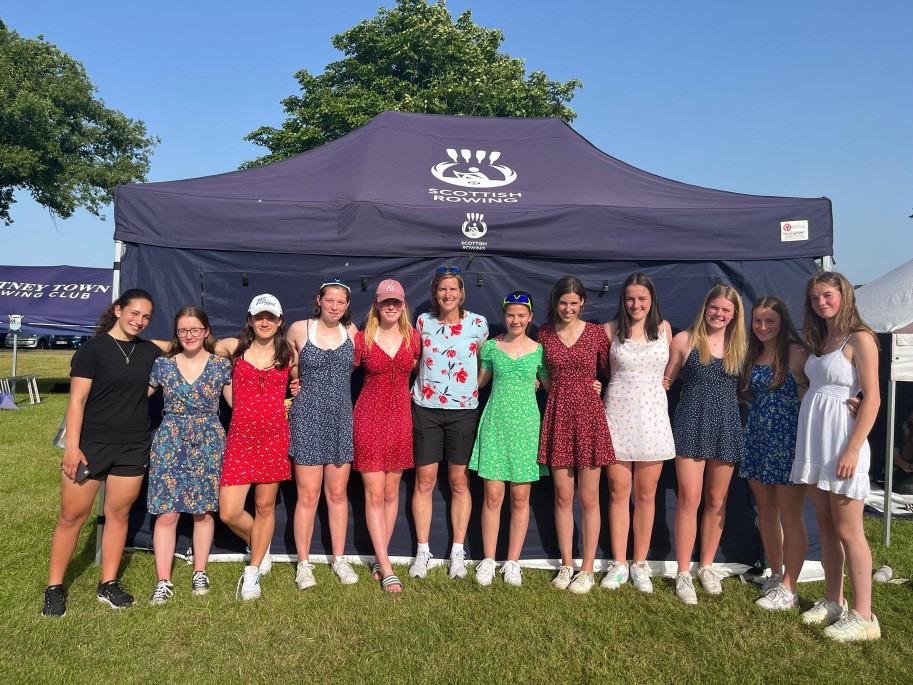 Day 2 of Henley Women’s started with another 6am alarm. After a reluctant wake up the J18 4+, as well as their moral support, headed for the regatta. The J18 4x and 4+ boated and prepared for their time trial whilst Lee was thoroughly educated on the most important aspect of rowing - all in ones. After some successful rowing from both crews the girls took up walk up the course. However the weather took a turn for the worst and we retreated to the warmth of the minibus after the gazebo proved to be ineffective at keeping the cold out. At 4pm we braved the cold again to cheer on the J16 4+ who beat ‘Subirbiton’ by 1 & 1/4 lengths. Everyone headed back to the hotel to warm up and then celebrated the J18 4+ who qualified to quarter finals and the J16 4+ now through to semi finals over dinner. Everyone had a great day today and we can’t wait to cheer on our girls competing tomorrow! 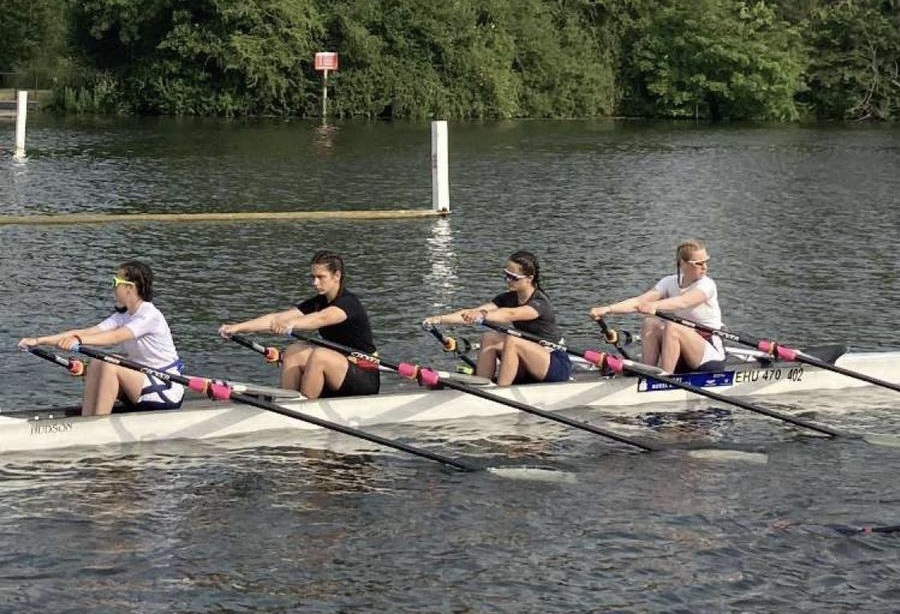 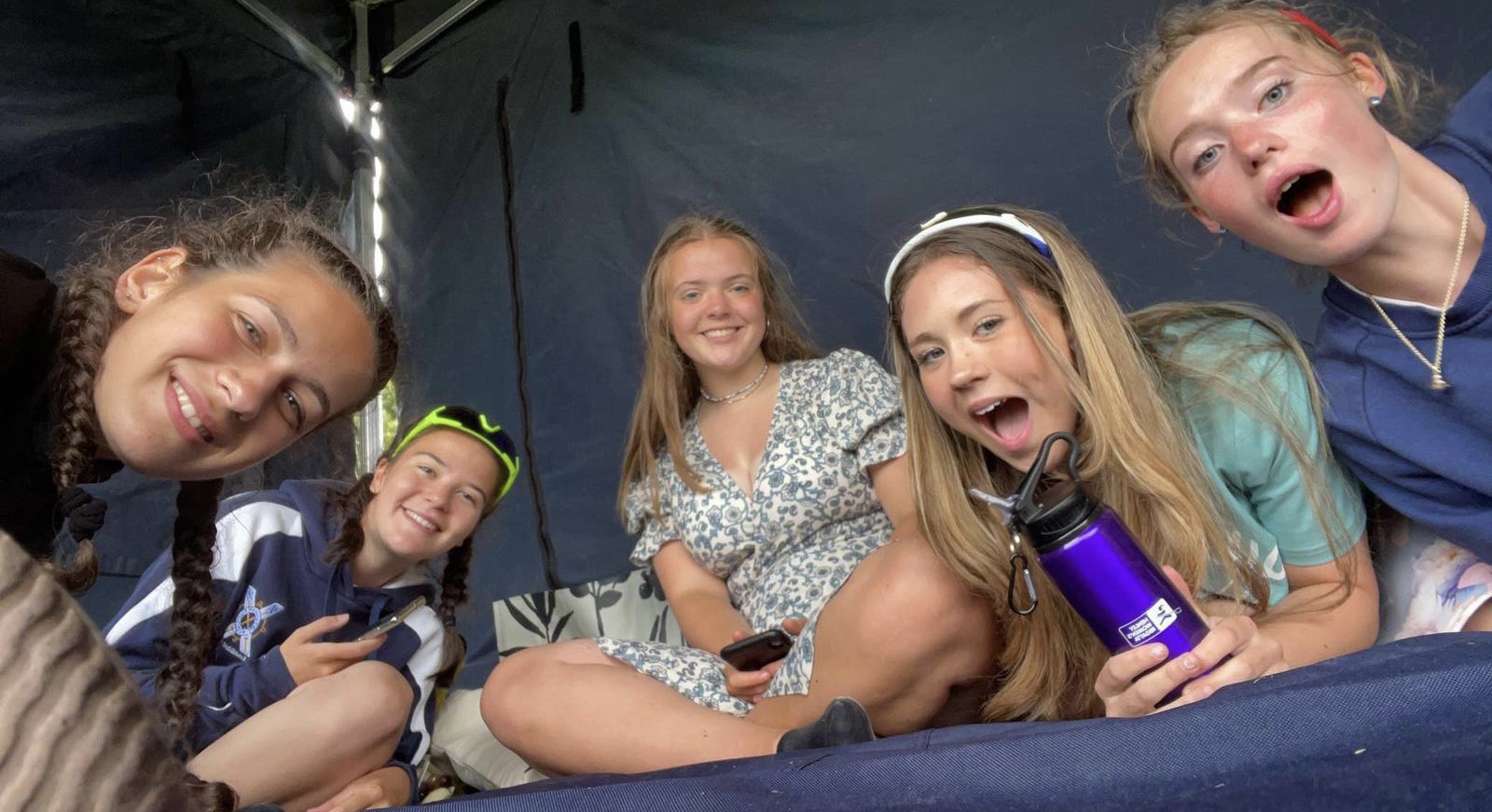 The day started off with a lovely lie-in until 7am. After fuelling ourselves with Premier Inn breakfast we squeezed on the bus with all our luggage, somehow leaving with more than we came with; this may be due to Darcy buying the whole merch tent. We may have weighed down the bus a wee bit more, but hopefully this doesn’t affect the length of the journey home. On the way to the course, we enhanced the mood by playing some silly songs to hype up the girls who were racing in the morning. We started by having a quick snack (cheesecake for some) but the J18 4+ started off the day with a bang, a big in the bag, followed by the J16 4+ being sent through to the semi finals as-well. This led to amazing outcomes from both crews and the J18 4+ through to the FINAL. To our excitement it was a full Scottish final with the girls being drawn against ASRA. It was an extremely intense day filled with running on the bank screaming for the girls racing (try not to sing the Scottish national anthem in England they don’t get too pleased). Once racing had finished with the girls doing a remarkable job, we all happily hopped back in the bus for our little journey home. Well we say little …… 8 hours later, the girls need their bed now, after their spectacular racing for all. Scotland represented well! GO GIRLS! Thanks to Lee, Lindsay, Kim, Mike and Mary who made this all possible!

The winning ASRA “A” crew, of Rosie, Freya, Maisie, Zoe and cox Lily with coach Holly Reid.  Winners of the Groton Cup for J118 4+ in a new course record for Junior Coxed Fours of 5 minutes and 20 seconds. 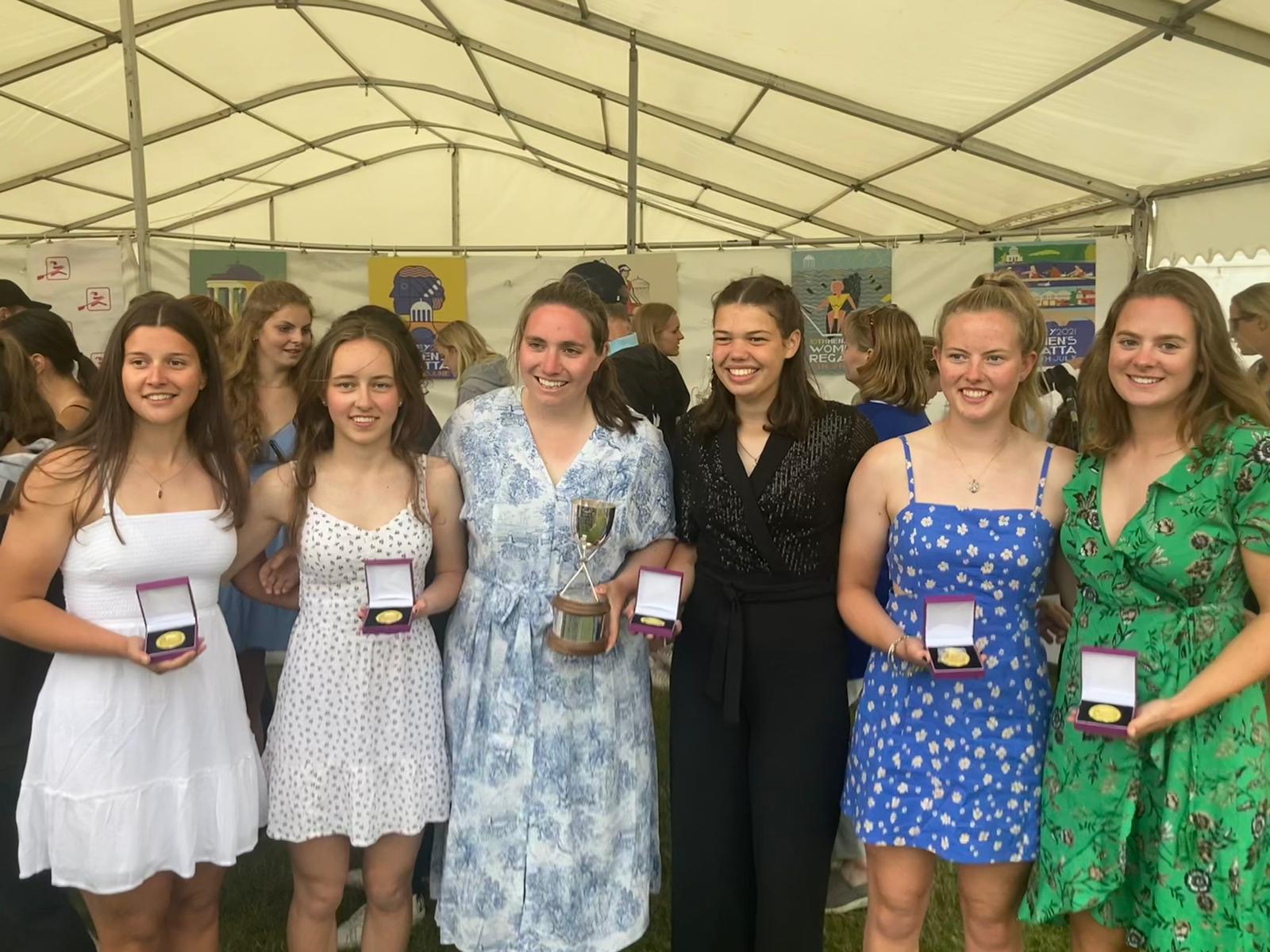